78 Views
admin
With the S-Class Intelligent Drive and the Future Truck 2025, Mercedes-Benz has already made the vision of autonomous driving become reality. The new research vehicle F 015 Luxury in Motion provides a concrete example of the visionary ideas the company is developing with regard to autonomous driving of the future. With this self-driving luxury saloon Mercedes-Benz illustrates how the car is growing beyond its role as a mere means of transport and will ultimately become a private retreating space. This new way of travelling gives passengers the freedom to use their valuable time on the road in manifold ways.
The high-strength body of the F 015 Luxury in Motion ensures optimum safety and supreme comfort for its passengers. At the same time, the bodyshell's structure provides the ideal basis for the door concept that makes getting in and out especially easy, and for the communication-oriented seating featuring four lounge chairs in a face-to-face arrangement.
As a foundation for creating the F 015 Luxury in Motion, experts from all areas of Mercedes-Benz developed a future scenario entitled "City of the Future 2030+", which considered many aspects of mobile living.
The greater the advance of urbanisation, the greater is the desire of the individual to be able to retreat to a private sphere. Autonomous driving will become a given.
As drivers are relieved of work and stress in situations in which driving is not enjoyable, the time gained while in their car takes on a whole new quality. Time and space will become the luxury of the future.
New technologies and forms of communication open up numerous new possibilities for interaction, both between the vehicle and its passengers and between the vehicle and other road users.
Autonomous cars also open up new possibilities for urban infrastructure design. Following the example of today's low-emission zones in city centres, special "safety zones" that are only accessible to autonomous vehicles could be created. Urban space would be regained by autonomous vehicles parking themselves on the periphery.
In the shared space of the future, humans and machines share the roads. The "car-friendly city" is transformed increasingly into the "people-friendly city" without any loss of individual freedom. The divide between residential, recreational and traffic areas therefore melts away. The result is superior quality of life for all urban dwellers.
► What do you think about that?
S-Class Intelligent Drive:
Future Truck 2025:
If you love cars, you should subscribe now to YouCar's channel:
Go ahead, it's free!
All the Best.
-------------------------------------------------------
Website:
Facebook: 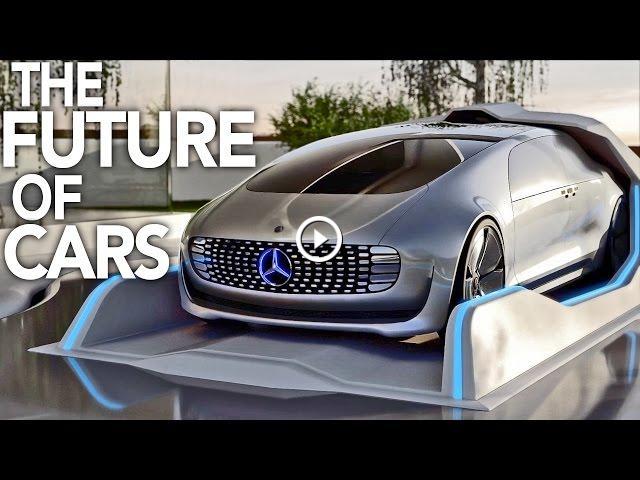 With the S-Class Intelligent Drive and the Future Truck 2025, Mercedes-Benz has already made the vision of autonomous driving become reality. The new ...