As United Neuroscience cofounder Lou Reese explains in this video, the issue with vaccines is that they don't work against "non-external threats." This is a problem, especially now when internal threats (things that cause cancers, Alzheimer's, diabetes, and other chronic illnesses) are killing people more than external threats like viruses.

The future of vaccine tech, which scientists are already working toward today, is developing safe vaccines to eradicate these destructive internal agents without harming our bodies in the process.

LOU REESE: The largest gains in human longevity ever are debatably attributed to vaccine technology.

The antibiotic revolution was very important, but vaccine technology is currently over 6.2 billion people in the world have been vaccinated right now. These are the most widely distributed medications and solutions that have ever been brought to mankind. And the consequence was that we really dramatically improved our quality of life and our longevity. We gave people better, healthier, longer lives.

LARRY BRILLIANT: Vaccines are the best thing science has ever given us. It saved hundreds of millions of children's lives. It eradicated smallpox. It has reduced the population explosion. I know that's pretty paradoxical but as long as there are vaccines children will not die as they did when I was in India. There were places that 50 percent of kids died before the age of five. When that happens parents have many more babies because they expect to lose so many. Vaccine has changed that.

BILL NYE: Vaccines, you know, part of the reason I'm able to be here talking with you is my grandparents did not die in 1918 during the Spanish flu when it is estimated 50 million people died. Twice as many people as were killed in combat in World War I died of this disease. If you go to old cemeteries you can see these tombstones of very young people that died of the flu. People just lost sight of history.

BRILLIANT: I live in Marin County. I live in the epicenter of the antivax movement. It's pretty obvious I have not been very successful in my own county in persuading people. And I understand. This is a very complicated business. Measles, for example, one of the M's in MMR, measles spreads faster than any other virus we've ever seen. One case can give rise to 20 or 30 cases in two weeks. If we had a lot of measles around and there were a lot of children getting sick all the time we wouldn't be looking at the marginal question of whether vaccinating my child or not was a good idea. We'd be rushing to get the measles vaccine and that's what happened. When polio was around and you always knew somebody in the neighborhood who was paralyzed in an iron lung. We all rushed to get that polio vaccine. In fact, there's photographs of parents standing in line for four or five hours to get the Salk vaccine or the Sabin vaccine.

MICHAEL WIGLER: It's unfortunate that the age at which parents begin to recognize autism in their children often correlates with the age at which they receive vaccinations. That's an unfortunate thing. One could go to Third World countries and do a study and ask is the rate of autism there the same as it is in the developed countries. No one has done a study that I know of that type but it certainly could be done.

BRILLIANT: When there's no measles around we change our calculus. Why should I subject my child to a one in a million risk if there's less than a one in a million chance of them getting the disease? This is where it becomes hard because we have to talk about prevention of a disease that still exists in the world but not in our neighborhood.

WIGLER: Anything having to do with the development of an organism has an environmental component to it. But you can only study that when there's some evidence which enables you to isolate that environmental component. I think the vaccine studies have been now largely discredited. They took mercury out of the vaccines and the rates of autism didn't change. And now of the 12 authors of the original paper that got some...

Read the full transcript at https://bigthink.com/videos/future-vaccine-technology 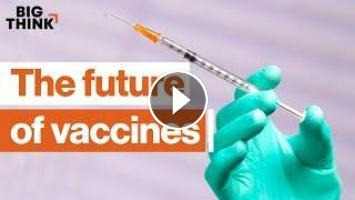