109 Views
admin
In this week’s show: space to create. If you don’t have money in Hong Kong, watch out. There sometimes seems to be a feeling here that if you can’t afford it, simple things like breathable air, a roof over your head, a decent bit of greenery, or even a good education for your children are too much to ask for. And the division between haves and have-nots is getting worse rather than better. Consider then the plight of the artist, and particularly those who don’t already make plenty of cash. Not only is living hard, finding space to create can be just as tough. For a few years, artists got around this, and helped out the government and landlords somewhat, by moving into former industrial buildings, vacated by companies who’d moved their factories up to China. Unwittingly, by moving into those spaces, they increased their value, and that brought new threats to their working environment. Money talks and the less wealthy - often including innovators and creative people - walk. And times got harder in 2009, when Chief Executive Donald Tsang announced in his Policy Address a new “Revitalising Industrial Buildings” scheme, which basically made them more profitable for developers.
Arts Development Council has been focusing some of its attention on developments in the south of HK Island, but what’s been called the South Island Cultural District wasn’t developed by government or arts organisations. It began when artists, and eventually galleries and restaurants, moved into industrial buildings in places like Wong Chuk Hang, Aberdeen and Chai Wan. To coincide with Art Basel, individuals and groups have organized both a South Island Art Night and a Chai Wan Mei Arts and Design Festival to highlight cultural development in their areas. Art Basel visitors, overseas buyers, and the public, were able to take shuttle buses to the locations. The hope is that with the MTR South Island Line due to be completed next year, the southern district of Hong Kong island will become more of an art hub. 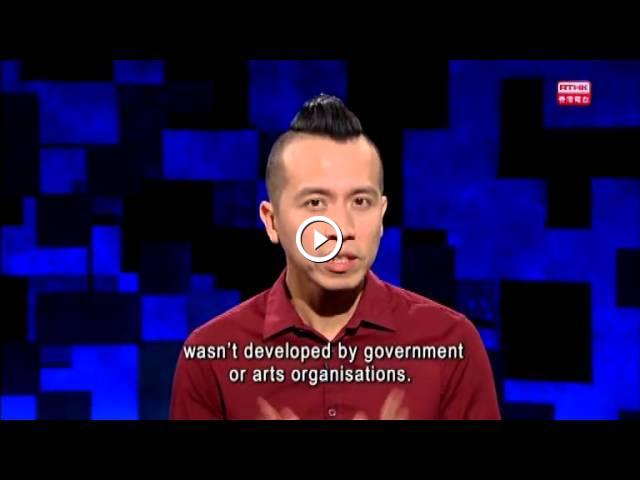 In this week’s show: space to create. If you don’t have money in Hong Kong, watch out. There sometimes seems to be a feeling here that if you can’t af...