ava
Expressing ourselves or communicating with others often relies heavily on words to convey our thoughts, feelings, and experiences. However, non-verbal communications such as touch offer an alternative for those who express themselves differently. Pottery and other ceramic arts, for instance, have long been used as forms of art therapy.

Henry Moore was a pioneer and one of the most important British artists of the 20th century. His monumental semi-abstract sculptures of the human form can be seen around the world. Two of his large sculptures in Exchange Square One and Two have been in Hong Kong since 1974. Moore worked in sculpture, drawing, print-making and textile design. Currently on show at Hauser & Wirth, are rarely seen large-scale tapestries. In 1976, Moore’s daughter Mary Moore introduced her father to the West Dean Tapestry Studio and worked with artisans to transform Moore’s watercolour drawings into life-size tapestries.

Saxophonist Joshua Jones studied the instrument in the Royal Welsh College of Music and Drama and then earned his master’s degree at the Royal Northern College of Music. He went on to further his studies in the Netherlands. Jones came to Hong Kong four years ago and later this month he will perform works by composers Erwin Schulhoff, Stefan Wolpe and Kurt Weill at the concert: “Hot Music” with the City Chamber Orchestra of Hong Kong. 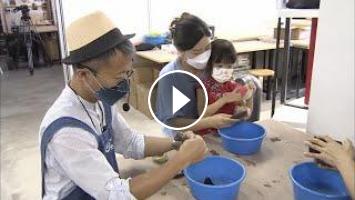 Expressing ourselves or communicating with others often relies heavily on words to convey our thoughts, feelings, and experiences. However, non-verbal...