Inside the brains of psychopaths | Big Think

In neurotypical people, the amygdala and the orbitofrontal cortex inhibit one another to allow for reasonable, moral decision-making. Psychopaths don't have that mechanism.

Dr. Kevin Dutton is the author of The Wisdom of Psychopaths: What Saints, Spies and Serial Killers Can Teach Us About Success. Dutton is a research psychologist at the Calleva Research Centre for Evolution and Human Science, Magdalen College, University of Oxford.

James Fallon teaches neuroscience at the University of California Irvine, and through research explores the way genetic and in-utero environmental factors affect the way the brain gets built -- and then how individuals' experience further shapes its development. He lectures and writes on creativity, connsciousness and culture, and has made key contributions to our understanding of schizophrenia, Parkinson's disease and Alzheimer's disease.

KEVIN DUTTON: Although psychopaths don't feel emotions like us. They are masters at pushing those emotional hot buttons that elicit emotions in others, in us. Sympathy being one of the major, major motivators.

JAMES FALLON: They're not going to kill you or rape you or maybe even take your money but they're going to manipulate the situation, make you look bad or use you in some way. Something bad is going to happen and if you sense that, people have a sense that something is wrong with somebody, you walk away. You don't fight these guys because they're an intraspecies predator. A human that is a predator on other humans.

JAMES FALLON: It's hard to look at the actual behavior of a psychopath and say 'that thing is psychopathic or not.' Because psychopaths will come to the rescue of people. ""Can I help you up, ma'am?"" They can see the outward behaviors and they just can mimic it to get along. But fundamentally they don't feel it.

KEVIN DUTTON: We all know about the psychopath's enhanced killer instinct, their finely tuned vulnerability antennae. But it may surprise you to know that there are some situations in which psychopaths are actually more adept at saving lives than they are at taking them. So, let me give you an example of what I mean by that. Imagine you've got a train and it's hurtling down a track. In its path, five people are trapped on the line and cannot escape. Fortunately you can flick a switch which diverts the train down a fork in that track, away from those five people but at a price. There is another person trapped down that fork and the train will kill them instead. Though the thought of flicking the switch isn't exactly a nice one, the utilitarian choice, as it were, killing just the one person instead of the five represents...

Read the full transcript at https://bigthink.com/videos/inside-the-brains-of-psychopaths

Inside the brains of psychopaths | Big Think 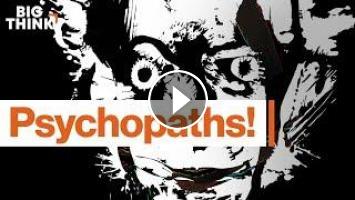