In this webinar, you’ll learn:
• How Malcolm Gladwell thinks through the programming for his podcast Revisionist History, and how the coronavirus pandemic affected the show
• Why the premise that voters can predict who will be a good leader may be a poor one [Bolivia experiments]
• How a lottery system might affect government elections, college admissions, and grant applications in theory
• About the storytelling value that can be derived from deliberately leaving questions open-ended
• And more!

Malcolm Gladwell is the author of five New York Times bestsellers: The Tipping Point, Blink, Outliers, What the Dog Saw, and David and Goliath. His newest book, Talking to Strangers (2019), is a darker-than-usual look at the miscommunications and assumptions that occur when we interact with people we don’t know, told through historical case studies like Sandra Bland, Bernie Madoff, and Adolf Hitler. Gladwell is also the co-founder of Pushkin Industries, an audio content company that produces the podcasts Revisionist History, which reconsiders things both overlooked and misunderstood, and Broken Record, where he, Rick Rubin, and Bruce Headlam interview musicians across a wide range of genres. Gladwell has been included in the TIME 100 Most Influential People list and touted as one of Foreign Policy’s Top Global Thinkers.

Latif Nasser is Director of Research at the award-winning New York Public Radio show Radiolab, where he has done stories on everything from snowflake photography to medieval robots to a polar bear who liked to have sex with grizzly bears. Earlier this year, he hosted the miniseries The Other Latif, about his Moroccan namesake who happens to be Detainee 244 at Guantanamo Bay. In addition to his work in audio, Latif is the host and executive producer for the Netflix science documentary series, Connected. He has also given two TED talks, and written for the Boston Globe Ideas section. 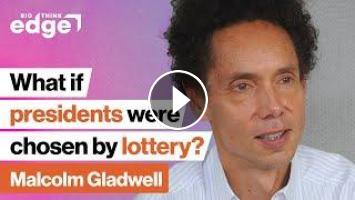