Dignity, according to Wiseman, is the essential and inextricable worth of a person. Respect is the admiration for someone's actions, which often involves how they treat others. The rub comes when people in positions of authority and respect (for example, our elders) behave in ways undeserving of that admiration but are seemingly above reprimanding.

ROSALIND WISEMAN: If I could wave a magic wand and change something about education, it would be that we would value dignity over control and compliance in schools and in children's education. Dignity means the essential worth of a human being; you just have it and it cannot be taken away and we often conflate the two words of dignity and respect. When we do use the word dignity we conflate dignity and respect as being the same thing and they are not. And so, dignity is the essential worth of someone and respect is admiring their actions, admiring someone based on how they have acted—and usually that is about them treating people with dignity. So, one of the things that we get really confused about is that we say, well, we have to respect our elders, we have to respect our teacher, we have to respect our parents, our grandparents, the police, a politician, those kinds of things. But that is based on this assumption that we don't talk about, which is that we admire what they have done to get to that position. But what happens when we have people in those positions who abuse the power and abuse their position of authority and the position of respect that they have to not treat people with dignity? It makes people incredibly angry when you are on the receiving end of this and it looks like, often times, that people in positions of power are hypocrites and that they are just using this position to go after other people.

But especially for young people, there's really not space to be able to talk about that because we have this thing of 'you have to respect your elders', which means you can't confront them when they are doing things that you fundamentally think are taking away your dignity or the dignity of other people. And so, this is actually one of the biggest problems for young people in education or taking adults in general seriously, because they consistently see adults who are using their position of respect and authority to go after other people or to put themselves above the rules that they are also forcing young people to obey. So, this is something that we don't like to acknowledge, it's something that we feel, like, oh my gosh this is going against my cultural values of respecting people in positions of respect. But really what we're doing is that we are looking like we respect people when they are abusing power and we're just angry. And what happens for young people is they disengage from school when it happens to them or they disengage in whatever it is that they're doing when they have an adult who is doing this.

So, all to say, if I could change something about education, it would be to have dignity be a bedrock of education and that everyone—the teach...

Read the full transcript at https://bigthink.com/future-of-learning/dignity-student-engagement 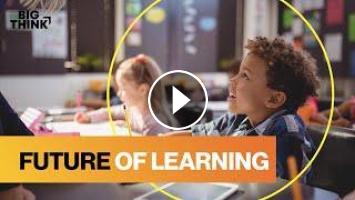